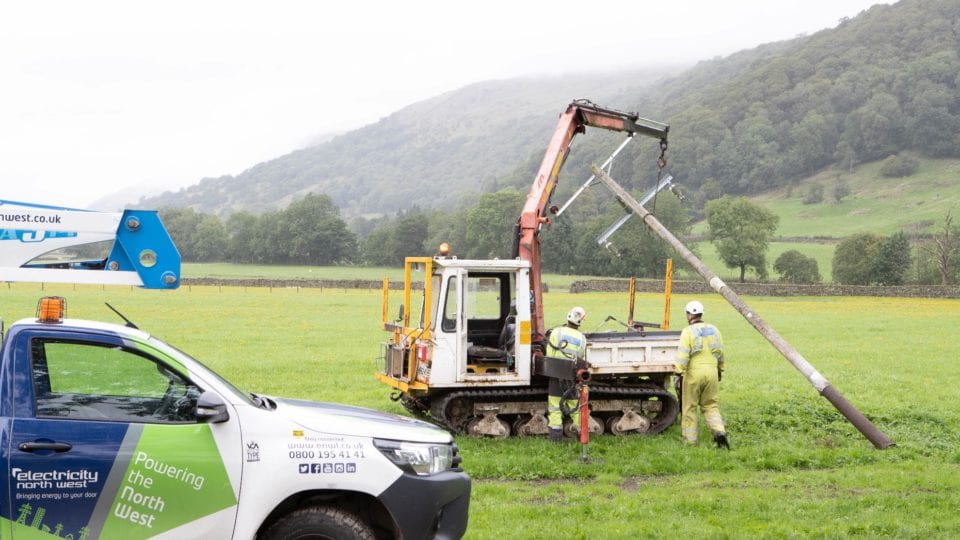 The company has invested £240,000 in moving 1.3km of overhead power lines underground and removing 15 poles at Docker Nook and between Toms Howe and Hill House, in Longsleddale.

Electricity North West is working closely with the Lake District National Park Authority and the Friends of the Lake District to remove these power lines which were originally installed in 1959. The project will be completed by autumn.

The scheme is part of Electricity North West’s commitment to invest £9 million in undergrounding sections of the power network in Areas of Outstanding Natural Beauty (AONBs) and National Parks across the North West between 2015-2023.

Jane Fleetwood, operations manager for Electricity North West, said: “Having lived and worked in the Lake District my whole life it’s fantastic to be able to witness these power lines being removed and see the positive impact in this beautiful area.

“We are committed to doing the right thing and we put the community and their needs at the heart of everything we do.

“We’re delighted to be able to help enhance the beautiful landscape in the Lake District National Park by removing these power lines which have served local customers well for so many years.”

Friends of the Lake District overhead wires officer, Amanda McCleery, said: “This undergrounding scheme is making major improvements to the landscape in many locations across the Lake District.

“We’re delighted to see more poles and wires removed in Longsleddale and power lines placed underground. We are grateful for the continued efforts of many staff within Electricity North West working to enhance our glorious landscape.”