EVs – no longer the butt of petrol-head jokes 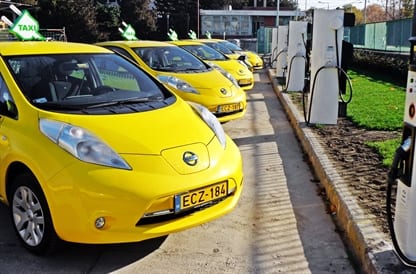 Don’t tell Jeremy this but we are now living in a post-Clarkson era.

If you had asked me five years ago whether sales of electric vehicles (EV) would ever take-off and present a challenge to the UK’s electricity distribution networks, I would have said “perhaps.” Ask me the same question now and I would give you a firm “absolutely.”

There are three factors that drive my certainty. Sales of pure plug-in electric cars rose by more than 20000% between 2010 and 2015, from 138 to 28,188. A very conservative projection indicates at least 200,000 vehicles on our roads by 2020. And this is before the Tesla effect kicks in – when EVs move from the niche to the mass consumer market.

Secondly, the results of My Electric Avenue (MEA), an Ofgem LCNF funded project by Scottish and Southern Energy Power Distribution and EA Technology Limited, clearly demonstrated that it was possible to recruit large clusters of volunteers to drive EVs for 18 months. There are two significant points here, the volunteers paid for the leased EVs, and after the trial 58% of them decided to say good bye to the internal combustion engine for good. This to me suggests that we are extremely close to the tipping point for EV uptake.
Something that Tesla has also recognised – it’s planning to launch an electric car for the mass market.

Thirdly, the technology and its economics are changing by the day. Although Tesla grabs the headlines, there are good offerings from all the major motor manufacturers now, and more importantly, EVs can do more mileage before they need recharging. So you have increased sales, a positive change in consumer attitudes, and technological developments that have all combined to break through the gravitational pull of the petrol/diesel engine.

We are on a trajectory for a future with clearer air and low carbon fuelled transport but the distribution networks need to ensure this happens smoothly. Fortunately, five years ago when all this was a “perhaps,” we began working with our partners for the day when change would come.

My Electric Avenue was created as a future environment where we could evaluate possible issues. We focussed on our low voltage (LV) networks to assess the impact of clustering. Just look around and see how often solar panels appear on a few roofs, in a cluster, on one street. Never underestimate the influence of a neighbour on early adopters. We saw the same effect with the take-up of EVs, and these clusters had a disproportionate impact on parts of our LV network.

Based on the findings from MEA, we modelled a scenario across Britain where 40% to 70% of homes on an average street would have an EV. If this were to happen then a third of all LV circuits (312,000) would need to be upgraded. Not ideal.

“We focussed on our low voltage (LV) networks to assess the impact of clustering.”

In MEA our solution was to install a monitor in the substation feeding the homes, and controllers at each of the domestic EV charging points. When the network neared its peak (usually early evening) we automatically and selectively paused the charging on each EV in turn, allowing each car to get its full charge through the night without overloading the network. This gave us the ability to move from coping with less than 40% of homes having an EV to up to 100%, providing either a permanent solution or breathing space to reinforce the network.

The solution has been tested at scale and works to the satisfaction of the customers involved in the trial and the car manufacturers. The next steps are to actively identify potential clusters of EVs and other low carbon technologies, and increase the monitoring of the network to spot risks. And as a cluster develops, be ready with a fast response solution to protect the integrity of the network and deliver the service our customers rightly expect.

But for the electricity networks to play their role in recognising the changes that are taking place in the car industry and consumer behaviour, there has to be a common approach. That’s why we are working on developing an industry accepted standard for communication and control between a substation and the charging point at home. This will allow all of us to manage EV charging, protect the network, and keep the lights on.

EVs and energy storage are going to have a dramatic impact on networks over the next decade. Our focus should be on how to enable customers to charge their electric vehicles without the network getting in the way, and be ready for the day when electric cars are no longer the butt of jokes by TV presenters. Stewart Reid, head of asset management and innovation, Scottish and Southern Energy Power Distribution