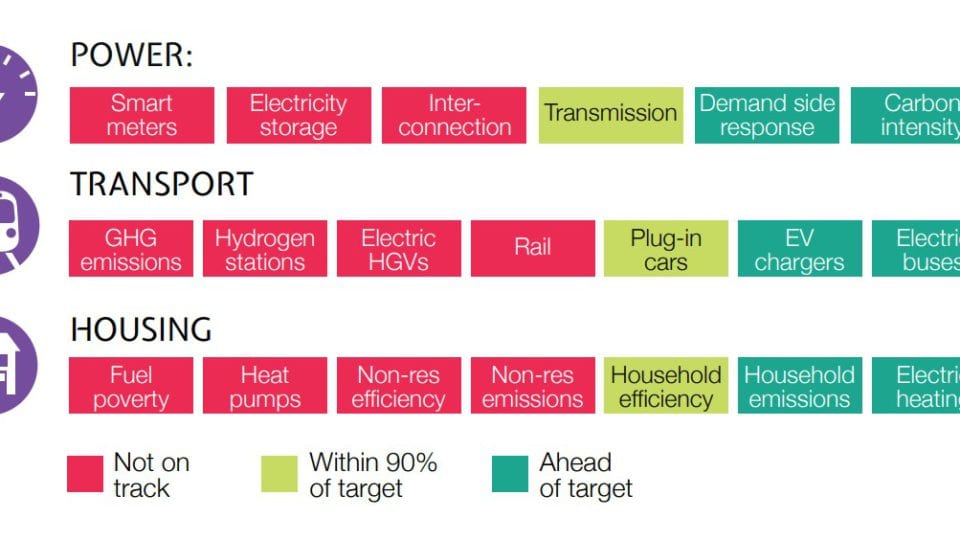 Researchers from Imperial College London have found that London and Scotland are pulling ahead in terms of progress towards the clean, renewable energy needed to power the UK’s future economy, while regions including the North of England and East Midlands are being left behind.

The report, commissioned by Drax Group, breaks down the energy revolution into 20 metrics for the power, transport and buildings sectors, to provide a barometer of national and regional progress. Achievement against each of these metrics is scored as ‘not on track’, ‘within 90% of target’ or ‘ahead of target’.

Commenting on his team’s findings, Imperial’s Dr Iain Staffell said: “The country is going through an energy revolution. We are creating an energy system which will power our future economy and help tackle climate change.

“But, our research reveals that Britain is at risk of creating a two-tier economy, leaving millions of families and businesses less well equipped to enjoy cheaper bills and better health outcomes. Our concern is they will not be offered the same opportunities as people living in regions which are modernising their energy infrastructure.”

Responding to the findings Will Gardiner, Drax Group CEO, said: “Great Britain needs more secure, clean energy to compete in the future economy. There is an energy revolution underway which will deliver it – but this report uncovers worrying regional divides as we go through that transition.

“Drax is already working hard to enable a zero carbon, lower cost energy future for all. We will work with all our partners including governments to ensure no-one is left behind through the energy revolution.”

According to the report, differences in levels of government investment, local policies and average household income have resulted in more affluent regions leading in the energy transition.

London leads progress jointly with Scotland because its transport system is the country’s greenest. As public transport, walking and cycling are more dominant in London, a Londoner’s carbon footprint from transport is up to 2.5 times less than residents in other regions. The capital also receives 45% of national funds for rail electrification, resulting in the country’s lowest carbon emissions from rail.

It is also cheaper, on average, to own an electric car in London than in any other part of the country. This is due to the average London driver travelling shorter distances and the exemption of electric vehicles (EV) from London’s Congestion Charge.

Scotland leads in the energy revolution with London due to its successful shift from fossil fuels to renewable generated electricity. The number of EV charging points in Scotland is also high compared to the number of vehicles: despite the low population density, the average Scottish household is around 2km from a charging point, but with the lifetime cost of running an EV being the highest in Scotland and Wales, this is affecting uptake in these areas.