Electric vehicle numbers are swelling and soon they’ll be mainstream. Is this a prospect DNOs should fear? 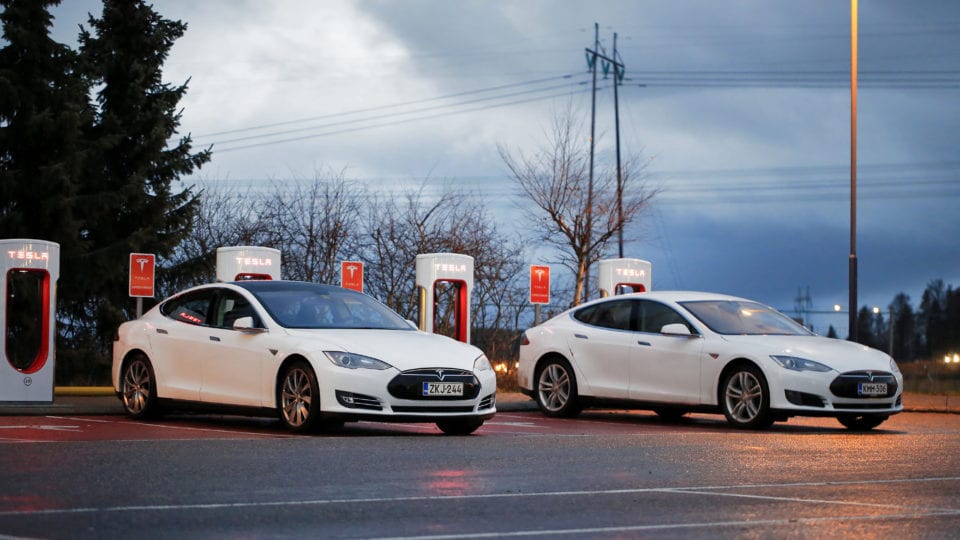 The number of grid-rechargeable electric and plug-in hybrid electric vehicles (EVs) sold in the UK has doubled between 2015 and 2016 (Fig. 1).  Globally, the statistics on EV adoption display the early signs of an exponential curve. Management scientists call this the S-pattern of new technology adoption: smart phones, hybrid vehicles, and the Internet have all followed similar trajectories.  If EV growth continues at this rate, by 2018 we could see over 100,000 new plug-in vehicles per year being sold in the UK.

From the energy system’s perspective, a rapid shift to electric cars is unlikely to significantly threaten security of supply.  Studies in countries as different as Norway, the United States, and Japan, have all resulted in the same conclusion: if all cars on the road were plug-in electric, national electricity demand would only be affected by a 5 to 10% increase.  National Grid’s capacity planners and UK energy policy advisers have ample time to prepare for the long term increase in demand.

The concerns for DNOs are quite different, however, and uncertain.  Consider, for example, a Tesla supercharging station. A full station with 5 charging bays operating at 120 kW for enough time to refill 5 Tesla 60-kWh batteries would cause a surge demand of 600 kW for half an hour. To put that in perspective, at peak time the average UK household electric power consumption is c. 800W (according to 2015 data from the Department for Energy and Climate Change) – i.e. this equates to c. 750 additional households plugging into the distribution network. To accommodate this level of demand, Tesla equips these stations with dedicated transformers similarly to industrial and commercial consumers.

The risk of such an impact, however, depends on the probability of this scenario occurring.

Using a statistic from the National Travel Survey (2014), the average annual distance driven per car in the UK is 3,235 miles per year.  An individual EV with a 200 mile range, might therefore only have to recharge as little as once a fortnight.  Secondly, the ongoing debate in the EV community suggests that the most convenient recharging location still is the home garage, even despite the free or nearly free access to public chargers that many charging networks and OEMs are offering to attract buyers.

Research from the Electric Power Research Institute analysing a dataset of observed driving behaviour in the United States found that 70% of charging would occur at home, 25% at the office and 5% in public areas.  Home charging at 3.3 kW on the residential grid is likely to be more manageable for DNOs.  If an EV- friendly neighbourhood cluster were to become problematic, simple timer delays could suffice to reschedule some charging to night time off-peak periods.

Finally, only Tesla cars can currently withstand the high level of power associated with superchargers, so the risk is limited to the portion of the market that owns a Tesla.  Superchargers are intended for use on long distance trips of more than 300 miles: the type of trip that a typical UK driver would make once or twice a year. The rest of the cars in the market would use 22 to 50 kW for their emergency charging needs, such as is available on ChadeMO or Mennekes rapid chargers on the Source London, Ecotricity, PodPoint and POLAR networks, in combination with regular 3.3 kW residential power for everyday use.

Many EV owners or operators of charging stations are also using their own solar panels to supply the energy to the car, thus causing no impact on the grid at all.

How much sleep should DNOs lose over the rise of EVs, then?  While it is important to study the risks, a growing body of academic research is assessing the opposite: the beneficial impacts that EVs might have on distribution networks.

EV batteries, unlike many household electrical products, are not only passive loads – sources of demand -, but also devices that can be used to store and supply power, if the necessary technologies for control and communications are in place.  Valley-filling, or the practice of recharging EVs at off-peak periods, can improve the economic efficiency of the grid by increasing the utilisation rate of assets and minimising system costs.  EV batteries will also be valuable for demand response because they can be so quickly ramped up and down and represent a potentially large source of non-essential, interruptible demand.

To achieve these benefits, a number of technologies will have to be deployed.  The key driver to activate this deployment will be scale, i.e. reaching a sufficient number of EVs on the market that a standardised communications architecture and software connecting vehicles, charging point, and grid operator, become economically justifiable. Scaling up the number of EVs will also unlock further investments in charging stations that are necessary to redistribute EV loads and avoid clusters.

In conclusion, scaling up the number of EVs on the roads is a double-edged sword for DNOs.  Scale-up may be even more helpful for the grid than it is detrimental: it means that new applications of cars as batteries and flexible, aggregable power sources, become economical which otherwise never would be. Dr Claire Weiller, Institute for Manufacturing, University of Cambridge