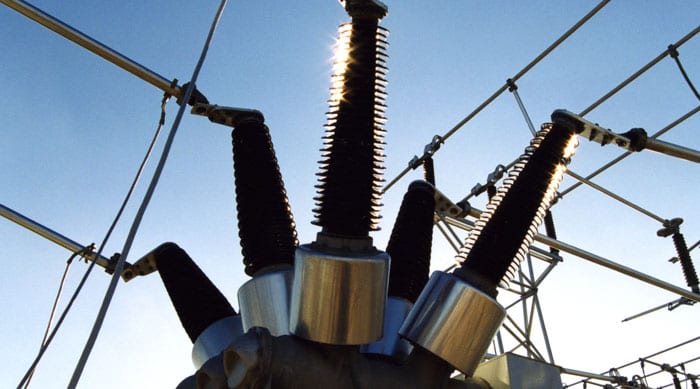 District network operators have been accused of making annual average profits of 32% during the first half of this decade, according to a new analysis, which has been branded as ‘deeply flawed’ by the ENA.

In a new report, published today (September 5), the Energy and Climate Information Unit, says that the six DNOs have made a collective final profit of £10.7bn on total revenues of £33.5bn between 2010 and 2015. This equated to a profit margin of 32%, according to the thinktank’s analysis, working out at £27 per home per annum.

The margins of the individual DNOs ranged from 25.7% at Electricity North West to 38.9% at Scottish Power, said the ECIU.

The analysis also shows that the DNOs paid £5.1bn in dividends to their shareholders over the same period, which equated to 15% of turnover and £13 on the average domestic bill.

The report says that DNOs’ profits are ‘unusually high’ compared to those earned by equivalent companies elsewhere in Europe, which tend either to be in public ownership or where pay-outs are subject to single digit price caps.

The report concludes that the level of DNOs’ profits is not justified because network companies are monopolies in their local areas and are not exposed to fluctuations in electricity wholesale costs.

The report says its analysis would bolster the recent conclusion of the Committee on Climate Change (CCC) that network charges and higher wholesale prices were probably to blame for the UK’s higher than average business energy prices.

ECIU director Richard Black called for the Helm review of the cost of energy, which is due to be published next month, to examine the entire energy supply chain.

He said: “Britain can be proud it has one of the most reliable power networks in the world; the lights aren’t going out and the network firms can take some of the credit for that.

“But this doesn’t require that we write blank cheques; and just as profits of the ‘Big Six’ have rightly come under the magnifying glass, the companies operating the power cables deserve scrutiny too, particularly with such large chunks of dividends leaving the UK economy.

“The UK’s power sector is a somewhat murky world and it’s easy to blame ‘green levies’ but that argument doesn’t really hold much water. More stones need to be turned over and we hope Dieter Helm’s energy review is bold enough to take that on.”

Catherine Mitchell, professor of energy policy at the University of Exeter, said a greater share of DNOs’ profits should be reinvested in modernising the UK’s power network.

She said: “The amounts being invested in this much-needed transition by these companies are currently pitiful. More of these profits should be reinvested in giving the UK an electricity system fit for the 21st century.”

The ENA said that the ECIU’s analysis was based on ‘outdated and incomplete data’ and a ‘fundamentally flawed and incorrect methodology’.

It said that despite ‘significant’ planned investment between 2006 and 2017, network distribution costs have fallen by 17% with electricity DNOs having been ‘comprehensively’ cleared by the Competition and Markets Authority two years ago of making excessive profits.

ENA chief executive David Smith said: “The report has ignored the current price control period which began in 2015 and determines how much companies invest in the electricity network and the cost to customers.

“This poor piece of work makes unsubstantiated claims without any means to back them up. It ignores the way companies make profits, would seek to jeopardise our vital network investment and does all this against a backdrop of network companies delivering even more efficient investment as distribution costs are set to go down.”