Old mine shafts could be turned into green energy stores, under plans unveiled by start-up company Gravitricity. 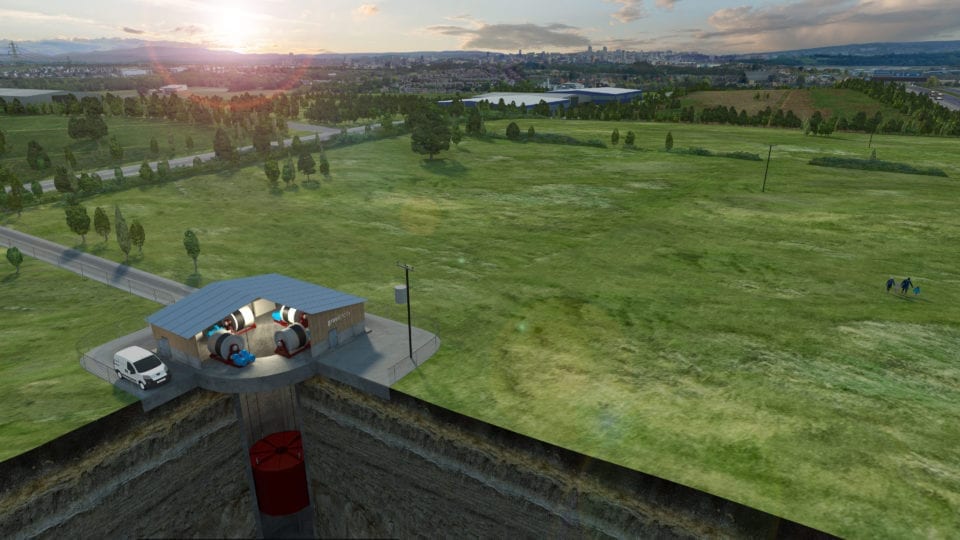 The firm has just received a £650,000 grant from Innovate UK, the UK Government’s innovation agency, for their plan to harness the power of gravity to store renewable energy.

Their technology uses a massive weight suspended in mine shafts to capture green power, and then release it in seconds.

If Gravitricity’s plan succeeds, their technology could breathe new life into former mining communities, and with it jobs and economic activity.

The UK funds will enable them to start building a scale demonstrator later this year, and find a site to install a full-scale prototype by 2020.

They are now on the look-out for investors, including those who can bring mining experience to the team, and suitable shafts to trial their technology.

And once they have proven the technology in old mines, they then plan to sink new shafts to store energy wherever it is required.

“As we rely more and more on renewable energy, there is an increasing need to find ways to store that energy – so we can produce quick bursts of power exactly when it is needed,” explains company managing director Charlie Blair. “So far there is a lot of focus on batteries, but our idea is quite different. Gravitricity uses a heavy weight – up to 2,000 tonnes – suspended in a deep shaft by cables attached to winches.

“When there is excess electricity, for example on a windy day, the weight is winched to the top of the shaft ready to generate power.

“This weight can then be released when required – in less than a second – and the winches become generators, producing either a large burst of electricity quickly, or releasing it more slowly depending on what is needed. It’s a simple case of ‘What goes up, must come down.

Unlike batteries, the Gravitricity system can operate for decades without any degradation or reduction in performance, Blair states.

The idea of using gravity to store energy is not new. Britain already relies on a number of pumped storage hydro schemes, such as Ben Cruachan, where water is pumped uphill to be released when required.

“The difference is we don’t need a mountain with a loch or lake at the top, and we can react much faster,” says Blair.

He says the biggest single cost is the hole, and that is why the start-up is developing their technology utilising existing mine shafts, both in the UK and also in South Africa.

The start-up plans to build models from 1 to 20MW, and estimates each ‘Gravitricity Energy Storage System’ will last up to 50 years.