National Grid is pressing ahead with phase two of its London Power Tunnels project, by awarding a six-year, £400m contract to construct new tunnels and shaft work in south London. 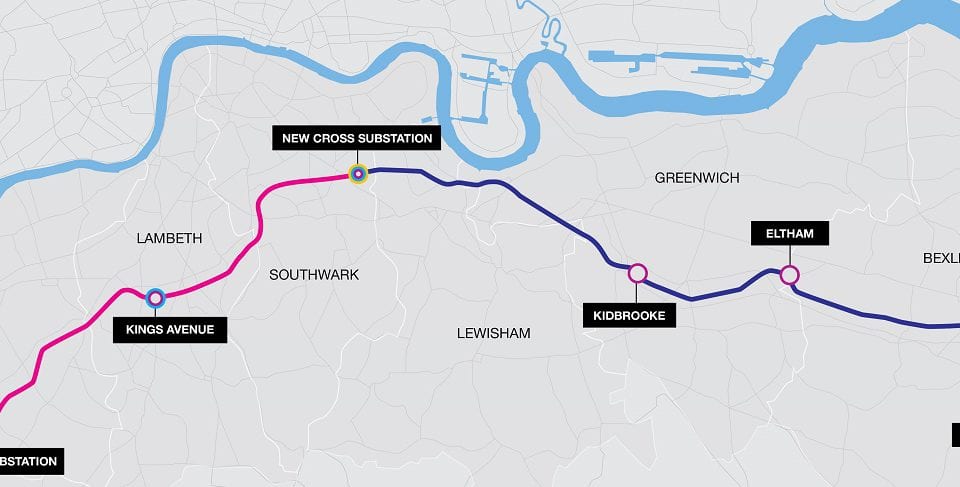 The contract has been awarded to a 50:50 joint venture between contractors Hochtief and Murphy.

The 32.5 km of tunnels in the London Power Tunnels 2 (LPT2) project will stretch from Wimbledon in the south west to Crayford in the south east, crossing 15 train lines and two rivers.

The depth of the tunnels ranges between 10m and 63m, with most at approximately 30m deep.

The £1bn first phase of the London Power Tunnels project (LPT1) started in 2011, as part of National Grid’s efforts to improve the capital’s electricity infrastructure.

LTP1 has now delivered 30 km of tunnels in north London, from Hackney in the east to Willesden in the west, and from Kensal Green to Wimbledon in the south.

The new cables will replace three existing circuits that currently run beneath London’s roads, including 400 kV transmission line cables, with the project eliminating the need to dig up the roads.

Nicola Shaw, executive director at National Grid, says: “This contract award is a major milestone in the next phase of the London Power Tunnels project and will help ensure the capital has secure, reliable access to electricity to meet the energy demands of the future.”

Hochtief chief executive Marcelino Fernández Verdes says: “We are delighted to contribute with our long-standing expertise in tunneling works in London to the city’s energy grid modernisation.”

Hochtief and Murphy have a joint track record, having worked together on contracts under the Channel Tunnel Rail Link and Crossrail projects.

In December 2018, a Hochtief joint venture also won a contract to build a 14 km power supply tunnel below the city of Stockholm.