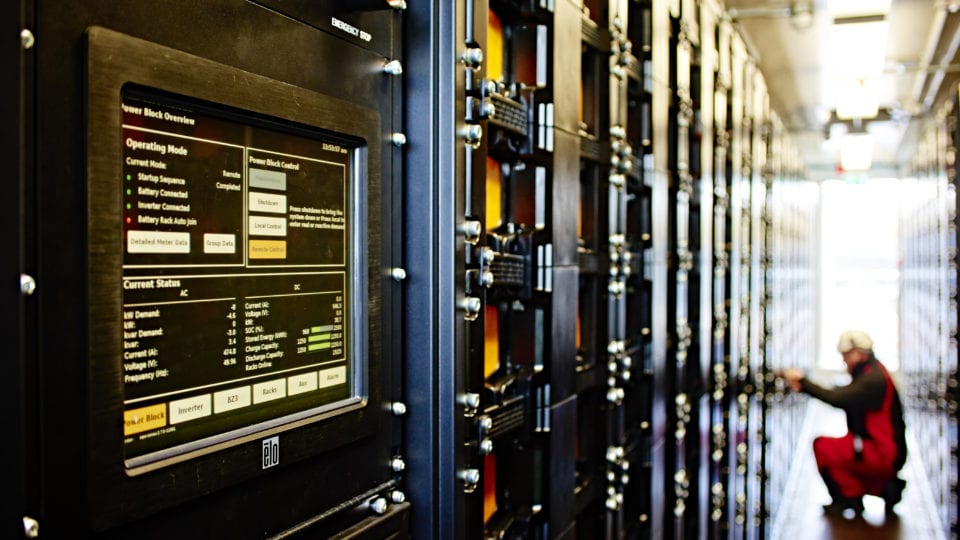 With the energy system in the midst of unprecedented change, Northern Powergrid wants to put its eight million customers at the heart of the smart grid and will draw up recommendations as part of a £1.9 million, three-year project – the Customer-Led Distribution System. The project will identify the best use of technologies in a future smart energy system and the business models and policies necessary to support them.

According to the company, increasing amounts of electricity are being produced by solar panels, wind farms and other local forms of generation. New ways to manage supply and demand are going mainstream, such as battery storage and paying big energy users to reduce consumption at peak times. Homes are becoming mini-power stations generating and storing electricity with solar panels, home batteries and electric vehicles.

Speaking to Network at a recent consultation event, Cardwell (pictured left) said: “We think there’s a real need for customers to be given access to the energy markets. There’s a key role for a local actor to ensure that the route to market is simplified, so that customers are given a simple route to market and that it enables them to sell their power or services to get a financial return for their flexibility in the future. It needs to be done in a safe and secure way so it’s not just about money.”

NPG distributes electricity to 3.9 million homes in the North East, Yorkshire and northern Lincolnshire. The company made the announcement as it set out its plans to ensure that customers gain maximum benefits from low-carbon technologies transforming the energy network.

According to Cardwell, engagement with customers is something that’s key.

He added: “We talk about this being a customer-led distribution system. What that requires is engagement with customers, the wider industry and stakeholders to make sure that what we produce, what we develop and how we move forward is in keeping with customers’ priorities.

“We’re really keen on that engagement process and conversation with customers to make sure we’re doing the right things.

“We’ve asked our customers what their priorities are. They’ve identified that the key priorities for them are all things relevant to the distribution system approach. Things like reliability and availability. It’s about keeping people safe, looking after vulnerable customers and innovating for the future. These are all important priorities for our customers. I think that we’re heading in the right direction, but we’ve got a way to go to get there.”

With the government set to ban all new petrol and diesel cars from 2040, the rise in electric vehicles (EVs) is expected to continue and this will mean more pressure being put on the grid.

“We’re working quite closely with Nissan – one of the biggest providers of electric vehicles. Their research has suggested that when a customer has an EV their electric use goes up by about 50 per cent,” comments Cardwell. “What we have to assume for each house is that if you’ve got an EV then the peak will go up by double. What we need to allow for in the sizing of the grid is to allow for that peak charging period. It shows you the material difference that having an EV does to your electric use and difference in power. We’ve also got technologies like vehicle to grid where you can use that to sell power back to the grid, rather than just view it as a demand where you’re taking power off the grid.”

But are consumers really interested in energy trading and how will it work? Explains Cardwell: “We think technology is going to be a big enabler. We don’t think that customers are going to want to wake up in the middle of the night and start turning things on or off. Technology is the enabler. It’s a big disruptor for the sector but provides a fantastic opportunity to give customers the ability to do things in an automatic fashion. They can participate in these markets but do it automatically. They can use technology and configure it to how they want to participate. We did a lot of trialling with solar PV customers for solar panels and found that when a customer gets a bit of new technology which gives them some control over their energy they want to then engage with the system and use that to add value to their life.”

Cardwell believes that this type of proactivity is most likely to come through the use of electric vehicles. He added: “The key transformational technologies going forward are batteries and batteries in the form of electric vehicles. We’re seeing that customers want to get more involved because they’ve got a much more material resource to participate. They’ve either got to buy more power or they’ve got some power to sell. And they’ve got the technology to enable them to do it. They’ve got a smartphone that links them to their vehicle and they can start to think about how to use that as a resource. It gives them both the interest, the capability and the tools to do the job.”

The rise in renewable energy

Cardwell says that the rise in renewable energy is one of the drivers for why a smart flexible energy system is needed.

“Some of the innovation work we’re doing is looking at the impact of renewables and how we can add flexibility in combination with them to make sure we can accommodate even more of it in the future. Although we’ve accommodated an awful lot over the last five years, particularly with the rise of solar power, we still expect quite a bit to come forward. It hasn’t stopped, it’s going to continue. As we get more on there we need to come up with new and smarter ways to get it onto the system without having to resort all the time to expensive reinforcement.”

Researchers at the University of Bath and Newcastle University will develop models and laboratory demonstrations of distributed energy systems, local energy markets and network operations, tracking flows of energy, payments and information. This virtual system will enable them to explore different approaches, using data from real networks, and will also allow them to develop strategies that may be used to coordinate network and market operations.

“The great advantage we get from working with academic institutions is that they’re working on a number of similar projects and you get real benefit of scale from that,” Cardwell states.

“What you can do in the lab is scale up. You might only have 50 or 100 customers working with you on a physical trial, but you can feed that into a computer and scale it up to thousands.

“You can test all sorts of combinations and size of scale, where if you wanted to do that in the real world it would cost you a lot more money and more time and disruption.

“The idea is that you can do it in a lab and come up with some really good validated evidence. This is about providing evidence for some of these big questions. Right now we’ve got lots of opinion, but we’re quite evidence light. What we’re trying to do is come forward with evidence and see if we can work with the physical trials.”

So what does Cardwell think the future energy market will look like?

“We can’t envisage what the future will look like but we’ve got to make sure we’re embracing it as it comes,” he remarked. “Our part of the role is that we need to enable customers to use their technology and smart devices to access their value and allow them to do whatever they want to do with energy.

“It’s about making sure that we establish that physical trading platform that allows them to access the market. It’s increasingly semi-autonomous and automatic for them. It’s as easy as possible. We’re not backing certain technologies, it’s open access. We’re not discriminating between customer groups. Everyone can get a shot whether you’re a big corporate industrial customer or indeed a domestic customer.”