With regulatory and technological changes afoot, the issue of reliability is never far from the top of the agenda for many in the regulatory sector. While much has been said about the need to avoid long power outages, has the issue of smaller interruptions been ignored? Network spoke to S&C Electric Company's director of regulatory affairs, Christopher Watts and its EMEA sales director, Jonathan Hopkins about why short interruptions matter, what can be done to avoid them, and what other solutions will improve grid reliability for the network of tomorrow. 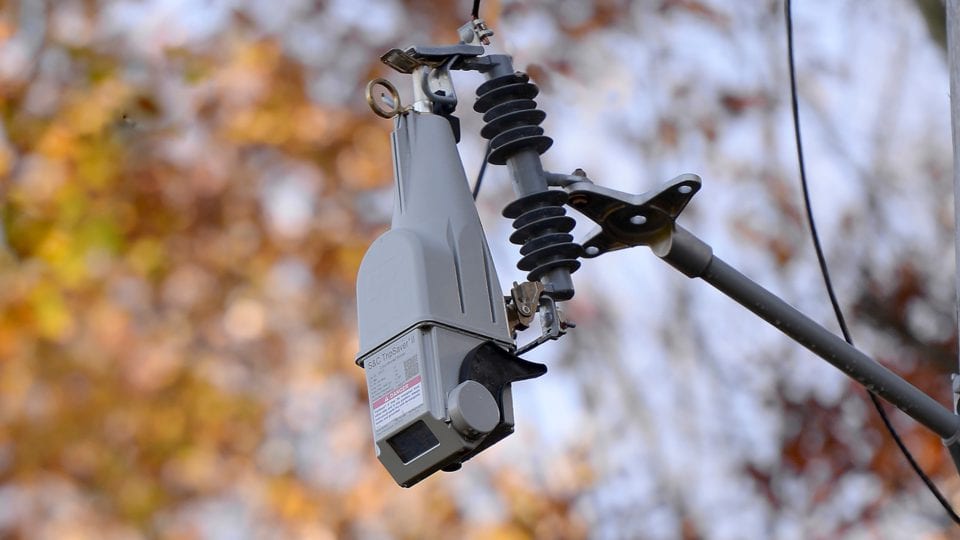 Energy company executives have a lot on their plates these days, why should they give priority to an issue like short interruptions?

Obviously, there is a lot of talk in the energy sector about moving to a smarter energy grid with more intermittent renewable energy sources. Could this mean we will see more short interruptions in the future?

Christopher Watts: The move to greater flexibility means that distribution reliability is more important, because flexible, decentralised resources will be connected to the distribution network, rather than the transmission network. So, the underlying reliability of the distribution network will become more important. While the DNOs have done a lot of good work in terms of managing longer interruptions, instances of short interruptions have been increasing. An interruption of just a few seconds can take distributed generation off the network. It could also mean some flexible resources, like energy storage are not able to provide services back to the network. So, short interruptions are an area that has not been addressed that well.

Jonathan Hopkins: We are finding that customers have increasing expectations and no longer tolerate interruptions of any length. We mention decentralisation, but we must also consider the impact of digitalisation and the Internet of Things (IoT). Everything is now reliant on Wi-Fi, and if the Wi-Fi goes offline, it can cause major problems for industrial and commercial customers, including service industries, such as banks and call centres, retailers such as supermarkets. Similar problems occur for manufacturers where power electronics are affected by short interruptions resulting in shutdowns and waste.

What kind of solutions can be put into place to tackle short interruptions?

Christopher Watts: From a regulatory point of view, we think the first step is that Ofgem should include it in its financial incentives package, which would make companies respond to the issue more. But there are now technical solutions, like the S&C TripSaver II cut-out mounted recloser, which can both help manage short interruptions and improve general reliability.

Jonathan Hopkins: Eighty per cent of faults on overhead line networks are transient, caused by temporary environmental, wildlife and weather conditions. S&C can eliminate outages due to transient faults with this self-powered, single-phase recloser, which replaces traditional fuses and allows up to four operations to clear a fault before determining it as permanent.

How important is it that DSOs look at fault protection systems with an “invest to save” perspective?

Christopher Watts: The business case for companies in terms of reducing interruptions under the reliability incentives is very strong. At the same time, they can also make savings in terms of operational costs. There are lots of fuses out on the network. If one fuse blows, an energy company needs to go out, find the fuse and replace it. But by utilising a fault protection system with S&C’s TripSaver II, the majority of these temporary faults will be dealt with automatically and will not incur a cost for the company.

Jonathan Hopkins: Another solution for improving fault protection on the system is with S&C’s IntelliRupter PulseCloser Fault Interrupter, which utilises PulseClosing technology to improve reliability, whilst protecting the existing asset base. With traditional reclosing, you would have a fault and the recloser would open, but then it would try and reclose onto the same fault. This causes unnecessary stress and damage to existing network assets. PulseClosing technology also provides the ability to put more reclosers on a section of line, giving you the benefit of added segmentation.

What about the issue of mixed circuits? What opportunities are out there to improve their reliability?

Christopher Watts: To date most of the DNOs have focused either on improving service on underground circuits, where the most customers are connected, or on improving overhead circuits, where there are the highest number of faults. Mixed circuits have always been a problem area that has been difficult to deal with, but roughly a quarter of British customers are fed from mixed overhead and underground high voltage circuits.

Jonathan Hopkins: We believe the IntelliRupter provides a solution for these mixed circuits, as it can be used on both overhead lines and underground feeders, providing even further enhanced protection and reliability.

Future proofing for the grid of tomorrow is key for the DNO to DSO transition, but how can utilities make proactive changes in the current regulatory environment?

Christopher Watts: Asset replacement is one of the key areas of the RIIO arrangements and is also one of the largest areas of expenditure for electricity distribution businesses. A lot of assets were built in the 1950s-70s and are now coming to the end of their engineering life. Ofgem has now introduced a package of incentives encouraging DNOs to improve asset health and ultimately reducing risk.

Jonathan Hopkins: The UK’s aging asset base is very much designed for single flow operation, but the grid of tomorrow will not look like the grid of today. It will need to accommodate two-way power flow. We believe products such as S&C’s Series 2000 Circuit Switcher are a viable option in enhancing the current network at 66 kV and 132 kV, replacing aging disconnectors and traditional fault throwing schemes. This provides additional protection and sectionalising points, and is also a compact, cost effective way of getting new DER on to the grid.

Where do you see technology going in the future?

Christopher Watts: In the future, as we see more electric vehicles (EVs) and the electrification of heat take hold, the requirements being placed on the distribution network will only increase. There will be more of a need to run the network in a different way with improved reliability solutions. While the electrification of heat might be a little further away, most distribution businesses are starting to step up the preparatory work in terms of integrating EVs into the grid and what that could mean for both demand and supply.

Jonathan Hopkins: Utility companies have a duty to provide best value to their customer base. We believe this requires innovative products that improve grid reliability and support the move to a smart grid.

What’s next for S&C Electric Company?

Jonathan Hopkins: We believe there are exciting times ahead and look forward to introducing the VacuFuse Self-Resetting Interrupter, which complements the TripSaver II on the edge of the grid, while offering additional resilience and reliability. We also have a number of trials commencing with utilities throughout the UK this year.

Find out more about S&C’s reliability products and solutions: sandc.com/reliabilityUK