Heat networks and the trilemma

Responding to the trilemma is about more than just keeping the lights on argues Gareth Jones. Heat should play a much bigger role in our thinking about the future of energy. 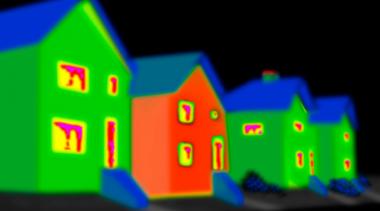 When politicians talk about the ‘energy trilemma’ (carbon emissions, security of energy supply, energy costs) facing the UK, most people focus on electricity and, more specifically, on “keeping the lights on”.

However, if we take a look at what we actually use energy for, “keeping the lights on” is a relatively minor element of the energy landscape. Indeed, 85% of the energy we use is for heat and transport, with lights and appliances some way behind at 7%. So perhaps the energy crisis strap line should be recast as “keeping us warm and moving”.

The carbon emissions portion of the trilemma is particularly important as it sets the underlying agenda for our future energy landscape. In the UK we have made a legally binding commitment to reduce CO2 emissions by 80% by 2050. Given that over half of our emissions come from heat and transport, we are going to have to radically reduce the emissions from these two areas in order to deliver on that commitment.

With transport, although biofuels may be part of the mix, electrification is the only credible long-term option for decarbonisation. This has profound implications for power generation, transmission and distribution infrastructure in the UK. Indeed, we will require a multiple of the power that we currently need for lights and appliances – and all of that new capacity will need to be low carbon.

“While there are advances that we can be making in building efficiency, the great majority of the housing stock that we will have in 2050 is already built.”

Which brings us back to heat. Heat represents over 40% of end use and a third of our carbon emissions. While there are advances that we can be making in building efficiency, the great majority of the housing stock that we will have in 2050 is already built. In a nutshell, this means that the opportunities for reduction in heat demand are limited.

Which all means that we will need to reduce the carbon intensity of heat.

Which brings us to heat networks.

The use of heat networks is increasingly being recognised as a critical component of the UK’s future energy landscape. In addition to not requiring a massive overhaul of electricity infrastructure, heat networks address all three aspects of the energy ‘trilemma’:

And importantly, unlike other more speculative technologies, we have examples from other countries (primarily Scandinavia) where heat networks have successfully been deployed on a large scale.

Which all goes to explain to why DECC is throwing its weight behind the development of heat networks, with the announcement of £300m of funding for heat networks announced in the autumn statement.

Given that only 2% is currently delivered via heat networks, this represents a significant restructuring of the largest portion of UK’s energy landscape.