Heat Interface Units are integral elements in any heat network, but they are also often a source of inefficiency and confused expectations shows a project funded by the department of Energy and Climate Change. 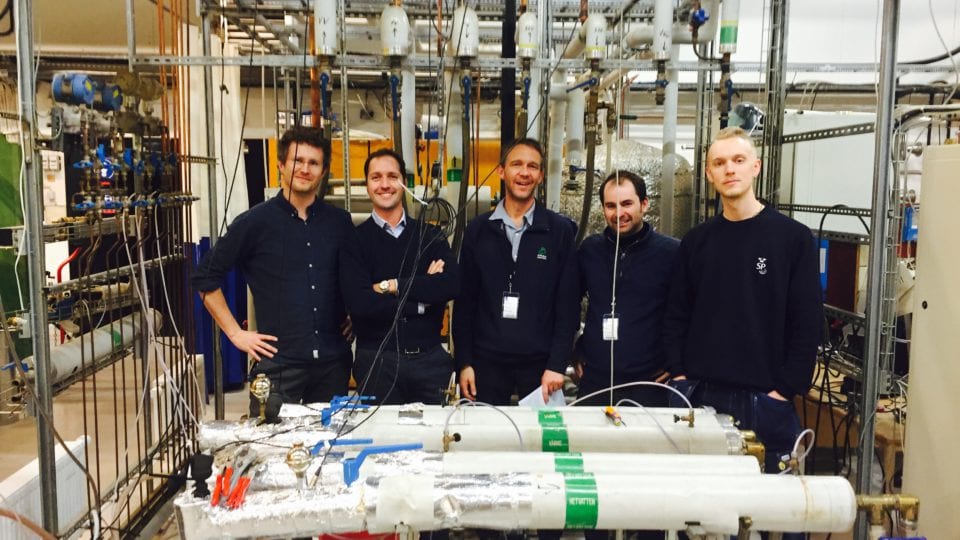 If we want heat networks to play an important part in the energy landscape, then the onus is on network technology and service providers to make sure that there are clear and consistent standards for the performance that should be expected from the most critical elements of the system.

Among these, the points of connection to the end user are arguably the most important.

An article exploring other findings from the Decc-funded heat network data project, known as Pinpoint will be included in the June issue of the magazine and will also be available online.

As part of a recent DECC funded project we have been able to delve deeper into this issue. A key conclusion was that the performance of the equipment at the interface to the end users, the heat interface units (HIUs), has a major impact on the overall performance of any heat network. What we found was that if the HIU performs poorly, then it is very difficult to limit network losses and achieve a low cost of heat.

Tens of millions of pounds are spent on procuring HIUs each year and until now there was very little information on what a heat network operator should look for when procuring HIUs. One of the key reasons for this lack of information was that there was no rigorous testing regime for the UK market.

This is no longer the case. With the backing of Decc, FairHeat in conjunction with Martin Crane, of Carbon Alternatives, has developed a standard testing regime for the UK market and carried out an initial round of testing on a number of leading UK brands.

What did we learn?

In a nutshell, a lot.

One of the key take-aways is that HIUs are not ubiquitous bits of equipment that can simply be pulled from the shelf and inserted into a heat network without thought.

Indeed, there are significant differences in performance between HIUs. These differences vary across different dimensions of performance. Consequently, the suitability of any given HIU depends on scheme’s design (e.g. whether or not the HIU is being used to maintain system temperatures via “keep warm”). It is not just that different HIUs are suitable for different networks, but also the case that HIU choice can impact on network design (e.g. pipe sizing).

Given the varying suitability of the components depending on the scheme, HIU selection should be part of design, or at the very least, HIU performance characteristics should be clearly specified. Typically this has not been happening.

We also found that HIUs are generally oversized for actual UK loads, which in turn negatively impacts on performance, particularly for space heating.

How did we get there?

We didn’t want to reinvent the wheel with the testing regime. District heating is already well established across Europe and in Sweden in particular there is a well-established regime for ensuring that HIUs that connect to DH networks are “fit for purpose”, with HIUs required to be certified to the Swedish District Heating Association F:103-7e. But while aspects of the Swedish regulations are appropriate for the UK, there are significant differences between the operational parameters of heat networks in Sweden and the UK. For example, there is no requirement to test to 120°C, as UK heat networks do not typically operate to these temperatures.

We took the Swedish test regime and modified it to suit typical UK heat network operating parameters. We also selected the same testing body that operates the Swedish testing regime (SP Technical Research Institute of Sweden) to carry out the tests, paying for modifications to the standard Swedish test rig as part of the project.

And with the help of the HIU manufacturers, we have now been able to test the performance of six brands of HIUs, the results for which have been published on our website.

Importantly the manufacturers who engaged with the testing should be applauded as they have taken a proactive approach to reviewing their own performance and feeding it back into R&D programmes. We have already seen one manufacturer re-test with an improved design and expect to see further re-testing later this year as learnings are embedded into design.

We also expect to see a lot more heat network developers use the new standard as a basis for procurement. Indeed, we see this as forming part of an overall shift toward evidence based design and procurement. All of which will help to deliver more efficient heat networks. Gareth Jones, director, FairHeat