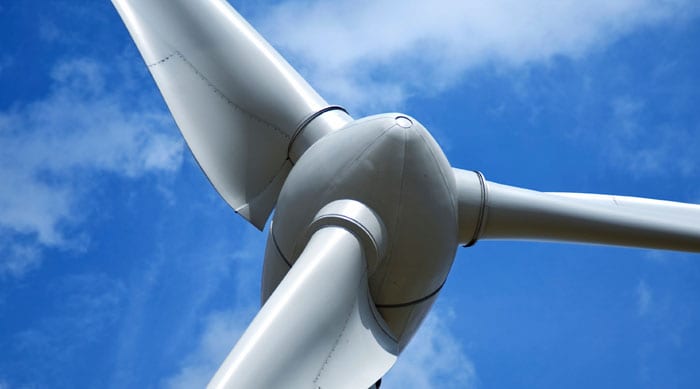 “Great Scott! 1.21 gigawatts! 1.21 gigawatts!” Although these are the words of Doctor Emmett Brown from the Back to the Future trilogy, here at NIE Networks we are proclaiming a similar message. The Doc had to harness a lightning strike to provide this power, but a more feasible approach has been developed to supply the customers of Northern Ireland: distributed generation (DG).

Realising that a shift in Northern Ireland’s energy mix was necessary to address concerns about climate change, the then Department of Enterprise, Trade and Industry in 2010 suggested an ambitious target for Northern Ireland: that by 2020, 40% of the electricity consumed in the country would be generated by renewable resources. With an interim target of 20% by 2015 already met, Northern Ireland is well on track to meet the 40% target.

Out of the west

Most of the wind generation is in the west, a result of the higher wind speeds in that region, but that creates difficulties in transporting it to the load sinks in the east. The emergence of DG has changed the passive distribution system to an active one, with bidirectional power flows at many substations.

Consequently, throughout the country but particularly in the west, a large number of primary substations (33/11kV) that were originally designed to serve only customer load, have now reached saturation point because of reverse power flow or other technical limitations, meaning that in the absence of further substantial investment, extra DG connections cannot be facilitated.

The impact, however, is not only limited to the distribution network, but spreads into the transmission system. In early 2015, the effect that the large quantity of connected “small-scale generation” (less than 5MW) was having on the transmission system was realised, as saturation began to be experienced at bulk supply point substations (110/33kV) and on the 110kV network.

This means that every application that comes through must be analysed at each voltage level, starting from the top, to calculate their impact on the network.

NIE Networks, along with SONI, are in the latter stages of finalising the allocation of this limited capacity to applicants – this is likely to take connected DG capacity in Northern Ireland in excess of our peak system demand of 1.8GW.

The sizeable role of managing the integration of DG has fallen on NIE’s networks’ connections department, which has had to develop and evolve innovatively to cope with the huge demand of applications over recent years.

When an application is received, the proposed project joins a complex queuing process that serves to treat applicants in a fair and consistent way. When it is released from the queue, a design engineer considers power flow, voltage levels, fault levels and harmonic components in their design, before passing the project to a planning engineer who plans the job. A connection delivery engineer then manages the construction of the job through to completion.

In August 2015, the requirement to have planning permission before applying for a connection on the distribution system was lifted, leading to an unprecedented influx of 1,200MW of DG applied for within a week. NIE Networks and SONI have engaged with industry stakeholders about how this considerable influx of applications for connection to an already heavily congested network can be managed in the most efficient way.

One way in which NIE Networks has optimised the connection of renewable generation to the distribution network while respecting Northern Ireland’s landscape and cultural heritage, is to group – or “cluster” – generators so they share network infrastructure. The purpose of “cluster substations” (110/33kV) is to ensure efficient transmission design while reducing environmental and visual impact by replacing multiple long 33kV circuits with one main 110kV circuit.

The integration of DG such as wind turbines, anaerobic digestion plants and photovoltaic cells onto the network has meant that the management of network power flows, voltage, generator protection and power quality has become increasingly difficult. Moreover, the forecast uptake of low-carbon technologies (LCTs) such as heat pumps, electric vehicle charging points and photovoltaics will considerably increase demand on the distribution system as well as eroding the diversity that network planners have relied on for decades.

To manage these challenges, an evolution has had to occur within the NIE Networks planning and operations department. DG is now considered from the long-term planning perspective right up to the real operational management of the network. DG was once never considered in network investment decisions, but with the inception of engineering recommendation P2/6, NIE Networks now uses DG to contribute to security of supply, offering an alternative option to conventional capital investment. Moreover, DG embedded in the distribution network is used to offer reactive power support to the greater system; and through innovative voltage control methodologies, DG is used to ensure that local voltage remains within statutory limits.

Considerable work has also been carried out to ensure that DG protection is appropriate for an active distribution system. To allow higher levels of non-synchronous generation on the power system, measures are being taken across the island as part of the DS3 programme to increase system non-synchronous penetration on the island to 75% by 2020. SONI and EirGrid are currently operating the power system at 60% SNSP.

Times are changing for distribution network operators (DNOs), and the roles and responsibilities of a DNO will have to evolve, creating a distribution system operator (DSO) to deliver whole-system benefits for customers. To ensure that NIE Networks is suitably equipped to evolve into a DSO, the recent regulatory price control submission (RP6) included expenditure to deliver five innovation projects. These projects will examine, among other things, the role of demand-side response and energy storage connected at distribution level.

Work for the future

There is no doubt that 1.21GW of connected renewable DG is a terrific achievement, but there is still considerable work ahead if that demanding 40% renewables target is to be met while maintaining and operating an efficient and reliable distribution system.

Who knows what the future holds? Sadly, NIE Networks can’t jump into the future the way Doc and Marty McFly did all those years ago; but in the words of the Doc: “If you put your mind to it, you can accomplish anything.”