An alternative source of power 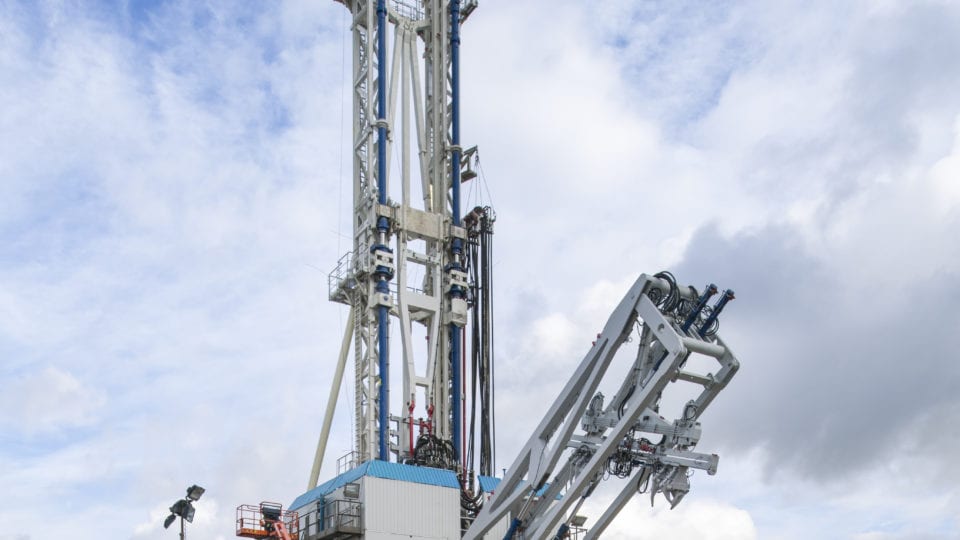 When most are asked to think about geothermal power, their minds will most likely turn to Iceland and with good reason. The country sits across one of the earth’s great tectonic plate boundaries and, as such, 25 per cent of its electricity demand is supplied by this near limitless geothermal resource. But geothermal power production is not limited to Iceland. Pioneering deep geothermal projects in France, Germany and across Europe have demonstrated its potential as a viable renewable energy source comparable to wind, solar and tidal power. Better yet, it can be extracted regardless of the weather, the power as it were, turned off and on to meet demand, like a tap. On 6 November, drilling work began at the United Downs Industrial Estate in St Day in Cornwall, on the UK’s first ever deep geothermal power plant. We anticipate it is only the first step towards making geothermal a viable alternative power source in the UK and of a nascent British industry.

Geothermal energy has the potential to supply up to 20 per cent of the UK’s heat and electricity needs. This comes at a time when the government has announced plans to close all remaining coal-fired power stations, the last to cease its operations by 2025. In spite of this, geothermal energy remains a largely untapped resource. While the UK has a number of shallow geothermal projects operational, most notably in Southampton, providing heat energy to leisure centres and shopping malls, deep geothermal projects are unheard of.

The rocks of Cornwall and Devon are the hottest in the country. As opposed to being heated by tectonic plate activity, as in Iceland, the granite of the UK’s south-west is heated by the natural radioactive decay of thorium, potassium and uranium within the rock. Cornwall, the site of our initial work, has long been associated with research into geological processes, most notably the “Hot Dry Rock” research of the 1980s. Cornwall sits astride a great lump of granite, the Cornubian Batholith, which lies beneath the entire county, rearing its head across several locations in the south-west

As an initial step, two deep wells are currently being drilled into the granite and targeting a natural geological structure situated about 800m towards the west of the United Downs site. One well will be drilled to a depth of 2.5km and a second, at 4.5km, will be the deepest well ever drilled on UK soil.

Should this initial stage prove successful, following a drilling period of six to eight months, a binary cycle power plant will be built on top of the wells. The plant will circulate water through the granite, as the natural fractures in the rock conduct the water through them, allowing it to absorb the 190ºC heat. This superheated water will then be brought back to the surface, where it can be converted into electricity and exported directly to the National Grid.

The project, at this stage a demonstration into the potential of geothermal power, is expected to produce up to three megawatts of continuous electricity supply by 2020. This output is equivalent to producing power for 3,000 homes. The great advantage of geothermal over other forms of renewable energy projects is its reliability. Alternatives such as wind and solar have their peaks and troughs, which with our present inability to sufficiently store power, cannot be solely relied upon. In contrast, geothermal provides heat and electricity all year round and can be fine-tuned to meet shortfalls in demand or scaled back when other renewables are in plentiful supply.

In addition, the power plant will produce a considerable amount of heat as a byproduct. In contrast to the environmentally harmful outputs of other forms of electricity production, this byproduct is useful and can be distributed for the benefit of the local community.

The level of production at United Downs will be comparatively small when contrasted with more mature projects in mainland Europe. However, it will serve as a demonstration of the viability of future geothermal energy initiatives in the UK, hoping to emulate successes elsewhere.

Geothermal energy can help the UK to meet its clean energy obligations. On current course, the UK will almost certainly fail to meet renewable energy targets set for 2020. In 2009, as a part of the EU’s Renewable Energy Directive, the UK government was legally bound to provide 15 per cent of its energy needs from renewable sources by this time. Of that 15 per cent, 20 per cent was expected to make up overall electricity output and 12 per cent consist of heat ouput.

While it’s anticipated that the government will surpass its targets for electricity, any overperformance in this area will not compensate for the expected underperformance in achieving sub-targets for heat. Indeed, when questioned in the House of Commons on the matter in 2015, the government projected that the UK did not have the right policies, particularly in relation to heat, to meet any of the 2020 targets to which it had previously committed.

There is clearly a need then for alternative and renewable heat solutions to help reach these targets. It is our belief that geothermal energy can help to accommodate for much of this underperformance, providing heat and power to locally managed grids and heat networks. In towns and cities, urban areas where surface space is limited, geothermal energy plants can feed into the substantial heat resource beneath the streets with no visual impact.

We only have to look to our European neighbours to witness the potential of geothermal as a viable and important alternate, renewable energy source. Indeed in Greater Paris, a hugely successful site was established just for this purpose.

Presently this part of France alone accounts for around two-thirds of the national production of geothermal energy, covering the needs of more than 200,000 households. The project is testament to the promise geothermal energy holds for urban communities, so long as government can be brought on side to create amenable networks and infrastructure.

Similarly innovative projects at Insheim and Landau in Germany respectively, have demonstrated the long-term viability of geothermal power.

As work begins on the first deep geothermal power plant in the UK, we hope to follow in the footsteps of these successes, providing the UK with a clean, renewable and reliable, heat and electricity source with the potential to bolster our pre-existing alternative electricity supplies.