Storage to be classed as generation under Ofgem proposals

Ofgem has confirmed plans to clarify the licensing regime for electricity storage by classifying it solely as a form of generation. 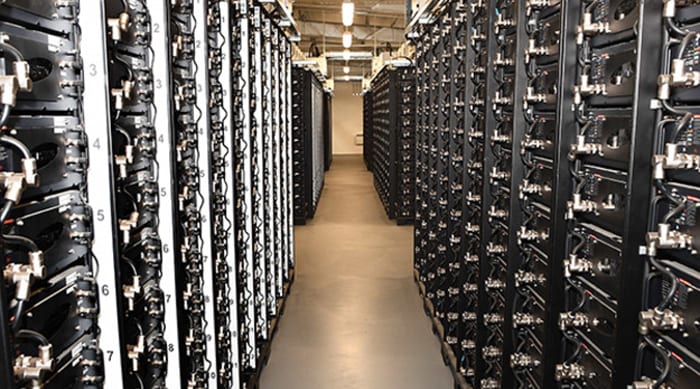 The changes are being introduced by to stop storage from being “double counted” as both consumption when importing electricity and generation when exporting.

“We consider that the existing electricity generation licence is best placed to clarify the regulatory framework for storage.”

The current arrangements mean storage can end up paying towards schemes such as the feed-in tariff, contracts for difference and the renewables obligation through final consumption levies.

Ofgem had already outlined its intention to classify storage as generation in its response to the “Call for Evidence on a Smart, Flexible Energy System” conducted in partnership with the Department for Business, Energy and Industrial Strategy.

The regulator has now elaborated on its position whilst launching a consultation on the proposals.

“We consider that the existing electricity generation licence is best placed to clarify the regulatory framework for storage”, the consultation document states.

“This is because generation and storage share similar characteristics and perform similar functions in terms of generating and exporting electricity to the grid.”

Ofgem prefers this option to creating a separate license for storage “as it would avoid unnecessary duplication of regulations while still allowing specific conditions to be tailored for storage assets”.

The regulator says this will enable the new licensing for storage to be implemented with a shorter timeframe, adding: “We would expect a go-live of the new licence condition in the first half of 2018.

“The above approach will also provide certainty for storage developers that already hold a generation licence as they will not need to apply for a different licence.”

Ofgem has reviewed each condition in the generation license to ensure they are relevant and applicable to storage, making amendments where necessary to establish how the technology will be treated under the framework.

In March, Ofgem set out proposals to end the “double charging” of storage for residual transmission and distribution charges, again by classifying it solely as generation rather than both generation and demand, as is presently the case.

Meanwhile, the regulator has also launched a separate consultation on its plans to bar distribution network operators (DNOs) from owning and operating storage assets.

The consultation document argues DNOs could otherwise leverage their positions as natural monopolies to gain an “unfair advantage” over rival storage providers by impeding or denying their network access or utilising information which is not available to the wider market.

It says allowing DNOs to own and operate storage could affect “not just the uptake of storage by third party providers, but also the uptake of other forms of flexibility – such as demand side response or other flexible generators – that provide the same or similar services in the same markets”.

“The network companies’ incentives to invest efficiently in the network can also be affected, if decisions are driven by shorter-term market signals, rather than longer-term investment signals,” it adds.

However, the document also acknowledges that there are some specific circumstances in which it may be acceptable for DNOs to own storage.

It continues: “Our proposals, therefore, provide a mechanism for DNOs’ to operate storage, but only with explicit permission from us.

“We would expect these circumstances to be very limited, and the onus will be on DNOs to make the case in each instance that DNO operated storage is in the best interests of customers and would not be detrimental to competition.”

DNOs already own nearly 13MW of battery storage which they procured as part of Low Carbon Network Fund innovation projects. Ofgem says it will examine how to treat these assets going forward on a case-by-case basis.

As consumers’ money has already been spent on these facilities, the regulator says it will attempt recover the most value possible from the assets but stipulates that the arrangements will not provide a precedent for the treatment of future storage projects.