Network bosses are becoming increasingly concerned over the rapid rise of small-scale energy, according to an annual survey by consultancy firm Accenture. 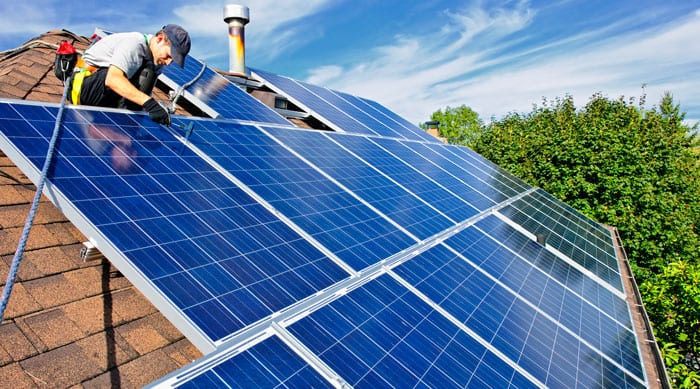 The global poll of 100 distribution utility executives from 23 countries, including the UK, identified the integration of distributed generation as “the single largest, fastest-growing source of business disruption” over the last few years.

“The research was very clear that if distribution networks don’t do anything, the reinforcement capacity required will cost a lot of money”.

More than half of respondents (58 per cent) said they expect the spread of small-scale energy to cause a reduction in revenues between now and 2030, with 59 per cent predicting the biggest stress on their networks’ capacity to come from energy “prosumers” installing solar panels and battery storage in their homes.

Despite the concerns, the poll showed that relatively few executives have enacted changes to their operations to adapt the new situation. The most common measure to be implemented was the development of new skills, although this was still only done by just over a quarter of bosses (26 per cent).

In a report detailing the survey’s findings, Accenture said networks will need to find a new way of addressing grid constraints which will become more localised in future as small-scale energy proliferates.

“The requirement for a new approach is not yet showing through in the changes utilities are making to their operating models to address the challenges distributed generation presents,” the report adds.

“Smart grid deployments to date have focused more on technology deployment and piloting new grid innovations, but in the vast majority of cases have not ingrained new skills or processes into the distribution utility operating model.”

The report says reinforcing networks to keep up with adoption of small-scale energy will be a race which distribution firms will “struggle to win”.

“The lead times we typically see for network reinforcement or to develop new smart grid-enabled capabilities at scale are generally much longer than the timeframes for new distributed generation capacity.

“Uncertainty about where customers are going to put distributed generation on the grid—often in clusters—only compounds the issue.”

Accenture estimated that distribution networks in Europe could face a bill of up to €58 billion for reinforcements to accommodate new distributed generation, although this could be reduced by 30 per cent if they take the right steps to adapt.

“The research was very clear that if distribution networks don’t do anything, the reinforcement capacity required will cost a lot of money,” said the firm’s lead for smart grid services in the UK and Ireland, Sanjeev Mathur.

Adapting to the new environment will require an up to date regulatatory framework and the poll singled out tariffs and pricing models as the greatest area of concern for executives in Europe.

“There needs to be a clear, transparent incentive mechanism,” said Mathur. “The UK is, in a way, in a better position because RIIO means that we can potentially build those things in.”

He told Network that although UK executives made up a relatively small proportion of the survey’s respondents, their answers chimed with the overall findings of the survey.