Technological advances are changing the face of energy networks and allowing them to respond in new ways to existing and unprecedented challenges. In this technology round-up, Network examines three trends making a big impact on network operations today. 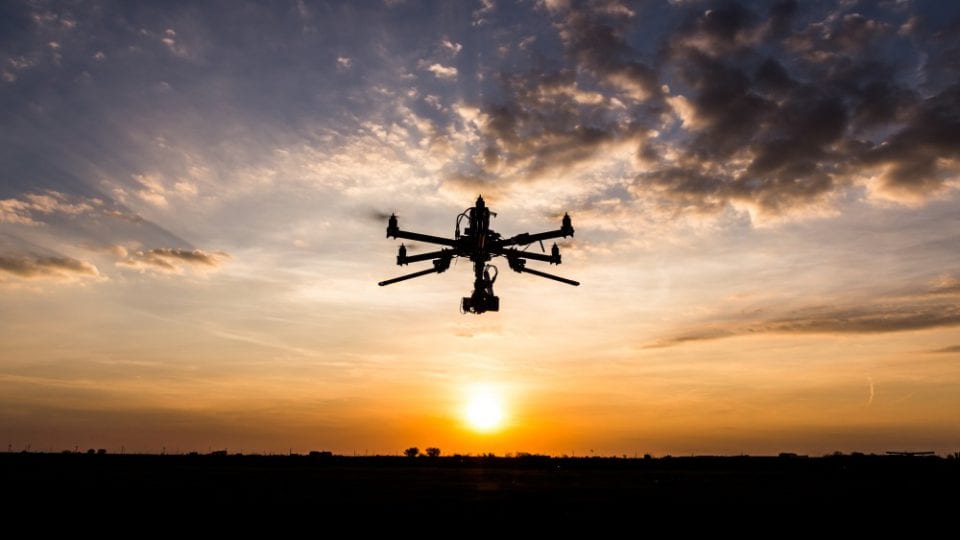 Drones or unmanned aerial vehicles (UAVs) are increasingly being used by electricity generators to carry out hazardous and expensive inspection jobs for wind turbines and other big plant.

Networks have been slightly slower on the uptake, but most DNOs have now at least dabbled in using drones to inspect and identify maintenance requirements on pylons and overhead lines. SSE, with extensive tracts on remote and often inhospitable land in its licence area, is among the leaders. It works with Cyberhawk to collect and interpret data on the state of assets.

Drones are not just eyes in the sky. UAV’s can carry sensors to detect and monitor ambient radio frequency, cellular phone signals and even the coronal discharge from working grid components, so their scope for enhancing network maintenance activities is considerable.

In emergency situations, drones are increasingly stepping into the breach to help restore power supplies and communications. The USA is a leading developer of drones for disaster recovery applications, with Michigan Technological University showing that drones can be tasked with the deployment of microgrids during environmental disasters.

The project is funded by the Network Innovation Allowance-funded scheme and is testing the boundaries for using robots in high-pressure gas pipelines to analyse the condition of critical assets.

The next generation of robotics for consumer and industrial applications will be defined by recent advances in artificial intelligence and machine learning. These will redefine the art of the possible for image, object, and even language recognition. For industrial applications, this means a much wider scope of tasks and decisions could be delegated to robots and automation devices. Machine learning also links to enhanced predictive modelling of assets.

Technologies capable of monitoring, healing and predicting faults on energy networks are changing the art of the possible as far as power system operation is concerned. These are part of a smart energy technologies revolution which the Department of Energy and Climate Change (Decc), before its demise, estimated would achieve a global market worth £220 billion by 2020 and save network operators £12 billion by 2050.

Key to active network management and other intelligent network offerings are modelling tools which can replicate, in the virtual world, a whole host of environmental conditions and fault scenarios for network assets. This allows engineers to understand how assets will respond before an event occurs. It is also redefining the accepted safety tolerances which are built into equipment like transformers. Before the age of advanced thermal modelling, engineering left cautious room for error when calculating the likely operational limits of such kit.

“You used to build a network as tough as you could, and learn from what went wrong when it went down,” Paul Barnfather, solutions architect at EA Technology, tells Network. “Now you model complete networks under duress and see which parts of them are going to need restoring before it happens.”

Crucially, however, as monitoring and modelling technologies mature, users need more and more advanced data analytics to help them make sense of the unwieldy volumes of data produced. Market analyst GTM Research predicts global utility company expenditure on data analytics will grow from $700 million in 2012 to £3.8 billion in 2020 as firms look to support better planning and decision making.

A weather monitoring programme run by the European Centre for Medium-Range Weather Forecasts and known as Copernicus, has €4.3 billion of funding at its back to help advance analytics for weather systems. It is working with network companies to show how this intelligence can help them plan for extreme weather events and climate change, thereby improving resilience and reducing the risk of stranded investments in the future.

The benefits of modelling technologies and data analytics are applicable across all energy networks and there is mounting interest in the cumulative shared benefits which could be realised between operators, and potentially across sectors, through sharing open data. It was recently estimated that sharing of open data on heat network performance in the UK could save £400 million in the coming decade.

There is huge scope for advanced system modelling and simulation coupled with powerful analytics to assist with some of the evolution of a “whole system approach” to energy. Newcastle University’s Professor Phil Taylor, who heads up the National Centre for Energy Systems integration, has identified additional maturity in this sphere as vital to progress on multi-vector energy.

TV pickups and other difficult to anticipate demand spikes mean expensive generating plant has to be on standby, at a cost of £800 million in 2013, according to National Grid.

But demand response, embedded generation and energy storage technologies represent a rapidly growing world of decentralised energy, which is causing headaches for network operators of all stripes, though power networks most prominently.

It also offers opportunities to reduce balancing costs and transmission losses, however, and it is helping networks to respond to future demand projections while avoiding some costly infrastructure investments. David Boyer, innovation manager at UK Power Networks estimates that it will deliver £43.4 million in investment savings for all its customers, “based on extensive trials of responsive contracts in the capital”.

He sums up: “DSR is a key tool that allows us to meet increased demand without overloading the electricity network, unnecessarily reinforcing substations or inconveniencing customers by digging up the streets to lay new cables.”

For gas network operators, decentralised energy trends are driving the connection of more sources of green and biogas to the gas grid. As of April this year, for instance, there were 65 producers of biomethane connected to the gas grid. By 2017, CNG Services estimates that 120 million therms per annum will be contributed to UK gas stores by biomethane. This is equivalent to the gas consumption of 240,000 homes.

This will displace UK demand for LNG and help gas networks decarbonise, extending and reinventing their role in supplying energy for the future.

Today most DSR contracts are with industrial and commercial energy users. Although there is still scope to significantly increase the number of businesses engaging with transmission, and increasingly distribution, network operators, the next evolution of DSR will be about enabling the domestic market. This is likely to involve enhanced aggregation and peer to peer energy trading capabilities.