The Ground Source Heat Pump Association (GSHPA) begins 2020 with a new look and a new confidence that - with heat pumps emerging as a favoured option in the government's Future Homes consultation - the sector is about to come into its own. 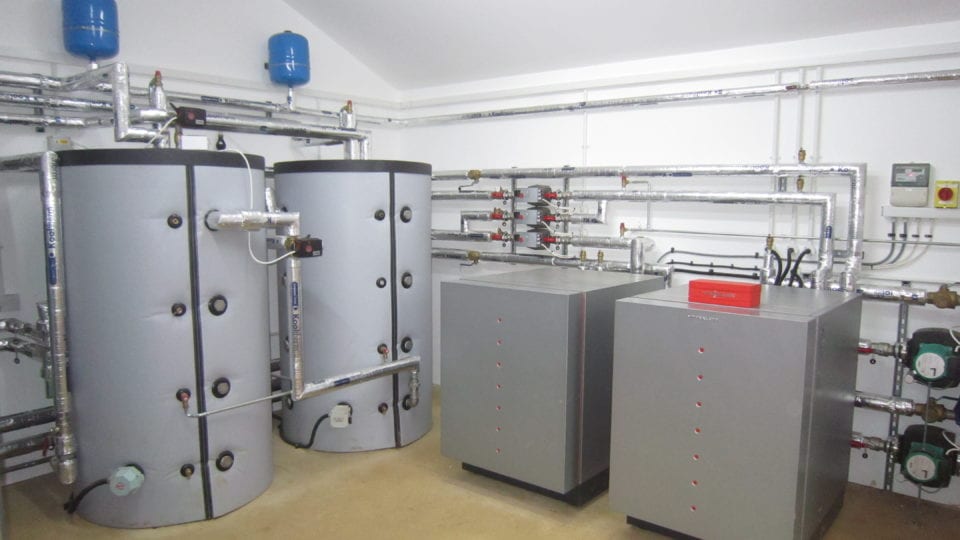 Chairman, Bean Beanland, tells Elaine Knutt about its plans to promote the electrification of heat.

The GSHPA sees 2020 as a turning point in the debate over low carbon heat, with the ongoing government consultation on the Future Homes Standard focusing attention on the technologies that can heat homes in the run up to 2025, rather than the more distant prospect of 2050. As such, GSHPA chairman, Bean Beanland, says that heat pumps – a proven technology that can offer both winter warmth and summer cooling – stands to be widely adopted in the new homes sector while the hydrogen transition is still in trial mode.

Beanland argues that electricity-powered heat pumps are the most viable low carbon heat solution for new homes or retro-fits today, while widescale conversion of the gas grid to hydrogen is at least ten to 15 years away.

He said: “If we can get it right with government, if we can persuade them of the merits of electrification of heat in the built environment in the absence of other technologies that are technically and commercially viable, it could be a defining year.

“We don’t have hydrogen at scale – it’s still some way off in terms of availability and commercial viability – we don’t have biofuels at scale, heat pumps is all we have. There’s a danger we do nothing to 24 or 25 million homes on the gas grid for the next 10 to 15 years – that’s how long the commercialisation of hydrogen might take – then we only have 15 years to decarbonise the built environment. So we have a job of work to do.”

The GSHPA has begun 2020 by unveiling its new logo, with a design that represents systems for ground and water source heat pumps. The association brings together around 120 practitioners, consultants, installers, suppliers and other interested parties from across the UK ground and water source industry, pressing the case for low carbon heating and cooling systems based on heat capture, storage and transfer. Installers, contractors and consultants work to the GSHPA Standards, which ensure good customer outcomes, and benefit form a technical CPD programme.

How does the tech work?

The association says that ground-source heat pumps can be installed anywhere in the UK, using a borehole or shallow trenches or by extracting heat from a pond, a lake, canal or even the sea. Ground-source heat pumps exploit the fact the natural temperature of undisturbed ground in the UK is close to 10°C at a depth below six metres. The heat pump increases the temperature of the water it receives by compressing refrigerant gases, then uses a heat exchanger to transfer that heat to the heating circuit in the building.

On hydrogen, Beanland emphasises that all low-carbon heat options must be exploited to reach net zero by 2050. “We’re not looking to shut down the development of the hydrogen sector, we are absolutely convinced we will need all of these technologies to hit net zero. It’s not a question of either/or, but both. But at the moment, the electrification of heat is the only game in town. So, we need policy that allows us to get that going and then bring on other technologies as they become viable.”

In 2050 the association plans to “build a significant coalition for the decarbonisation of heat through electrification” and “press Boris Johnson’s government for new heat pump-friendly policies and shall be making the case for a replacement for the Renewable Heat Incentive Scheme (RHI) scheme which is set to close at the end of March 2021”.

Beanland adds: “The long-term strategy needs to signal that fossil fuels are on the way out and that alternatives need to be supported. At the moment we have no visibility that the market will be supported, so there is no investment and training.”

The government’s Future Homes Standard could indeed be a game-changer for heat pump technology, with the GSHPA hoping that the final version will retain the heat-pump friendly policies of the draft, currently out for consultation. The Future Homes Standard: 2019 consultation on changes to Part L (conservation of fuel and power) and Part F (ventilation) of the Building Regulations for new dwellings, says that, from 2025, new homes will need to achieve 75-80% lower carbon emissions than one built to requirements, to be achieved through mandating low carbon heating.

Reaching the 2025 standard will involve an intermediate step of ratcheting up Building Regulations from in “mid to late 2020”, to be followed by further rule changes in 2025. While the standard only applies to new-build housing, the Committee on Climate Change specifically said in its 2019 report, UK housing: Fit for the future? that demand in the new-build sector could help to stimulate the use of the heat pump technology and its supply chain on a wider basis, as new build installations cost far less than retrofits. The same report also recommended that “new homes should not be connected to the gas grid from 2025”, an aspiration reflected in the Future Homes Standard.

The consultation seems to share the GSHPA’s attitude to hydrogen as a technology that is not likely to fulfil its decarbonisation potential in the short term, saying that it “may have a role to play in heating systems of the future” while heat pumps, heat networks and direct electric heating will be the “principal” forms of low carbon heat in homes built to the Future Homes Standard.

“It’s not just the general public who’re engaged, we have [asset manager] BlackRock divesting from coal and taking sustainability seriously. Things are about to change.”

Discussing the consultation, Beanland says: “There are several elements that could make a difference to the heat pump sector. It mentions a “return to [hot water] storage”, which also suits other technologies – you can store excess heat from solar PV for hot water with an immersion heater. It’s not so popular with some designers as it means you lose around 1/m2 in the design of a flat or house, but if we’re serious about decarbonisation, we have to meet these challenges.” As well as hot water storage, it suggests mandatory flow and return temperatures – with heating systems operating with a flowrate temperature of 55°C or lower – which will play towards the heat pump sector, as they are efficient at lower temperatures.

“It also ought to be supported by the fossil fuel industry, as low flow temperatures mean that [today’s gas-powered] combi boilers actually do condense [and operate more efficiently] – so it should get industry support.”

He also emphasised that heat pumps offer summer cooling as well as heating; the February 2019 CCC report found that carbon emissions in the residential sector rose in 2016-17 and also identified overheating in the new homes – which often leads to homeowners investing in air conditioning – as a growing problem.

The report says: “Where active cooling measures are also needed, consideration should be given to potential synergies in the choice and installation approach for heating and cooling systems, for example through the use of air source heat pumps combined with mechanical ventilation”.

Beanland agrees: “The majority of the energy load in the commercial sector is actually for cooling, not heating, and housebuilders are now getting more complaints about new homes overheating than being hard to heat. Passive cooling via a heat pump is very efficient. It can all be done – it just needs a policy environment that allows us to do it.”

The GSHPA’s plans for 2020 also include pressing the government on its plans to replace or redesign the Renewable Heat Incentive Scheme, which is set to close to new entrants at the end of March 2021. The RHI was first introduced in 2011, and has benefitted thousands of property owners.

“At the moment there’s no visibility of what comes next. All stick and no carrot puts us at a hazardous cliff edge. Will they modify it? Go with something different? Will they continue support for low emissions heat? We could do with some visibility from government on what comes next,” says Beanland, who is a member of the Ofgem Domestic RHI Industry Forum, representing installers.

An indication of government policy could come in the budget on 11th March, he said, or the long-awaited Energy White Paper and the government’s heat strategy. The GHSPA also said its work in 2020 would draw on “increasing public interest in preventing climate change, kindled by Greta Thunberg and David Attenborough”.

“I think it could be a really good year,” Beanland concludes. “It’s not just the general public who’re engaged, we have [asset manager] BlackRock divesting from coal and taking sustainability seriously. Things are about to change.” EK