A £6 million investment project which will see equipment upgraded at a primary substation site that supplies much of the electricity powering Birmingham city centre is being carried out by Western Power Distribution. 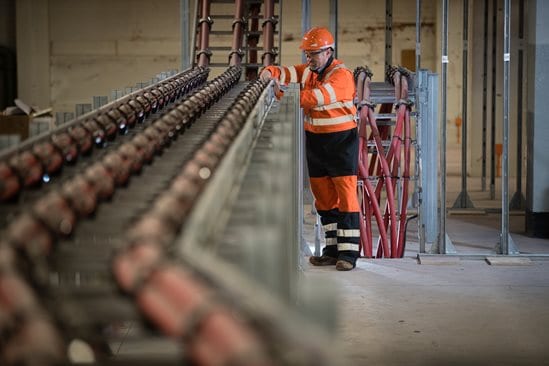 Summer Lane supplies the electricity which serves much of the city centre and Financial Quarter, which includes big businesses such as Prudential, HSBC, Aston University and the Paradise Circus redevelopment. A new primary substation at Hockley is supporting half of the original customers fed from Summer Lane, with the transformed site supporting the other.

Work started in September 2016. To date, two new 30MVA transformers have been installed, as well as three new 11kV switchrooms which are to replace the existing switchrooms built in the 1960s. The new switchgear has been replicated next to the old switchgear to enable a smooth transition when the circuits are switched over later in the year. Over 5km cable is being laid to connect the old cable from the road to the new 27 circuits.

WPD projects engineer Barry Organ, who is responsible for overseeing the project, said: “Configuring the network across two sites not only offers greater flexibility in case of faults and maintenance but also provides the opportunity to build extra capacity for growth in the future.”

The second of the two new grid transformers is being switched on in March. The final old transformer is to be removed in October, with all circuits transferred by the end of the year, when the final switchgear will be removed.